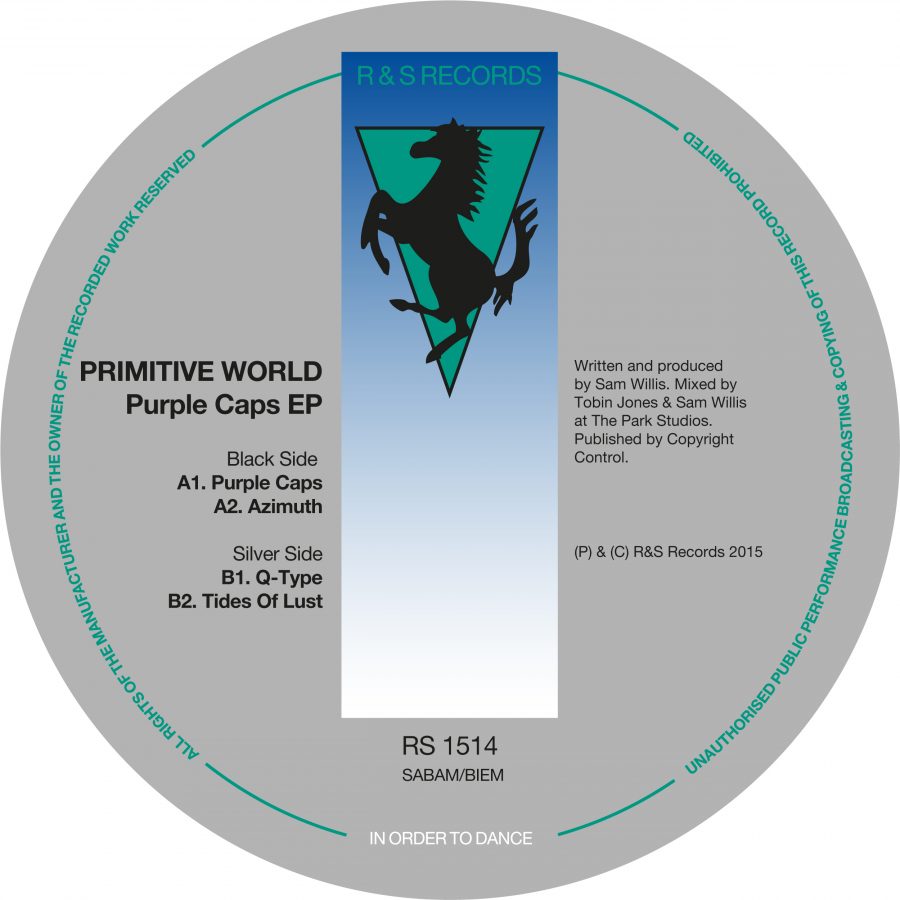 The legendary Belgian label is the perfect home for his dancefloor deconstructions, with the project’s experimental, off kilter take on house & techno a natural fit for R&S Records’ boundary-shifting heritage. A former member of revered Kompakt duo WALLS, Primitive World draws from Willis’s time as part of influential London duo Allez Allez, whose DJ sets and podcast frequently drew from dance music’s punk and industrial fringes.

Purple Caps finds the Primitive World sound further maturing, the EP’s four original tracks confidently club focused yet esoteric enough to demand the full attention of DJs and dancers with their off kilter rhythmic sensibility. Since its inception in 2012 with the Danceteria EP on Black Acre the project has already won ardent fans among DJs such as Untold, Lowtec, Joy Orbison and Barnt, while an early version of this EP’s Azimuth found its way into Tessela’s Radio 1 show in 2014.

The Digital release of Purple Caps is completed by a remix from Willis’ former bandmate and current Ecstatic label partner / Diagonal artist Alessio Natalizia in his Not Waving guise, bestowing on the title track the unique EBM/noise sound Natalizia has mined in his own post-WALLS solo project, and illustrating the scope of further riches promised by both producers as they forge new paths and alternative perspectives on what club music can be.