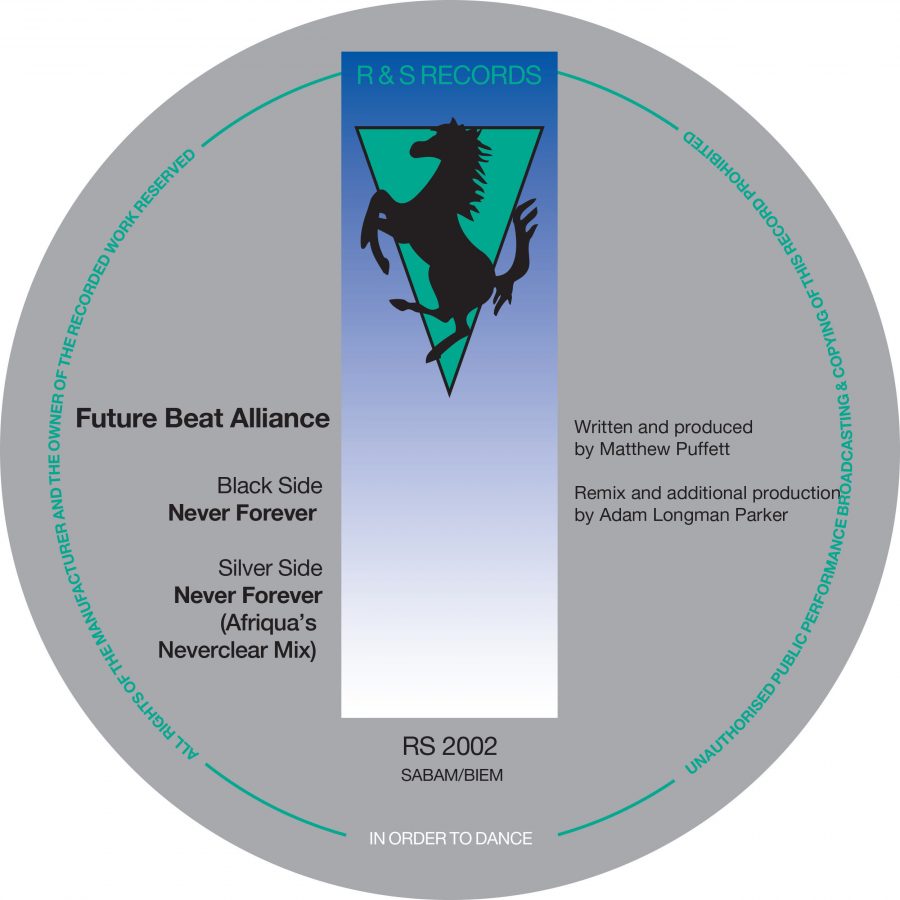 R&S welcome electronic composer Matthew Puffett AKA Future Beat Alliance with his killer single ’Never Forever’ a sublime slice of broken beat techno that originally had a limited release on his “Patience and Distance” album in 2009. It now comes backed with a first rate remix courtesy of R&S regular Afriqua.

A veteran of the UK electronic scene originally from Oxford but now located in Berlin, Puffett made his name in the late 90s with a string of sought after releases on Void Records under the aliases Mode-M and Soul Electrik before settling on the Future Beat Alliance handle. Notching up releases with the likes of Delsin, Rush Hour and Versatile as well as with the storied Tresor imprint, both as a DJ and an artist. In 2019 Matt started his new imprint Reward System to self release new creations.

Life long friend from Oxford, Mo’ Wax and Unkle maestro James Lavelle reached out in 2012, which led to a further creative chapter in Puffett`s story that culminated with him co-writing & programming on Unkle’s 5th studio album ’The Road Part 1’ as well as some singular work in film and television. “The moving image plays a key creative motive in my process,” Matthew explains. “Sound & picture married together is such a powerful combination that always inspires me every time to make my own version, ‘Never Forever’ is one of my many attempts to try and capture that.”

Taking cues from modern cinema masters like Denis Villeneuve, Panos Cosmatos, Steven Soderberg and Jonathon Glazer and their respective composers, Puffett’s widescreen sonic craftsmanship alongside his irresistible rhythmic sense are a key part of what makes Future Beat Alliance music so alluring; “I want my tracks to guide the listener on a exit route far from this world”