Planet Is But A Dream 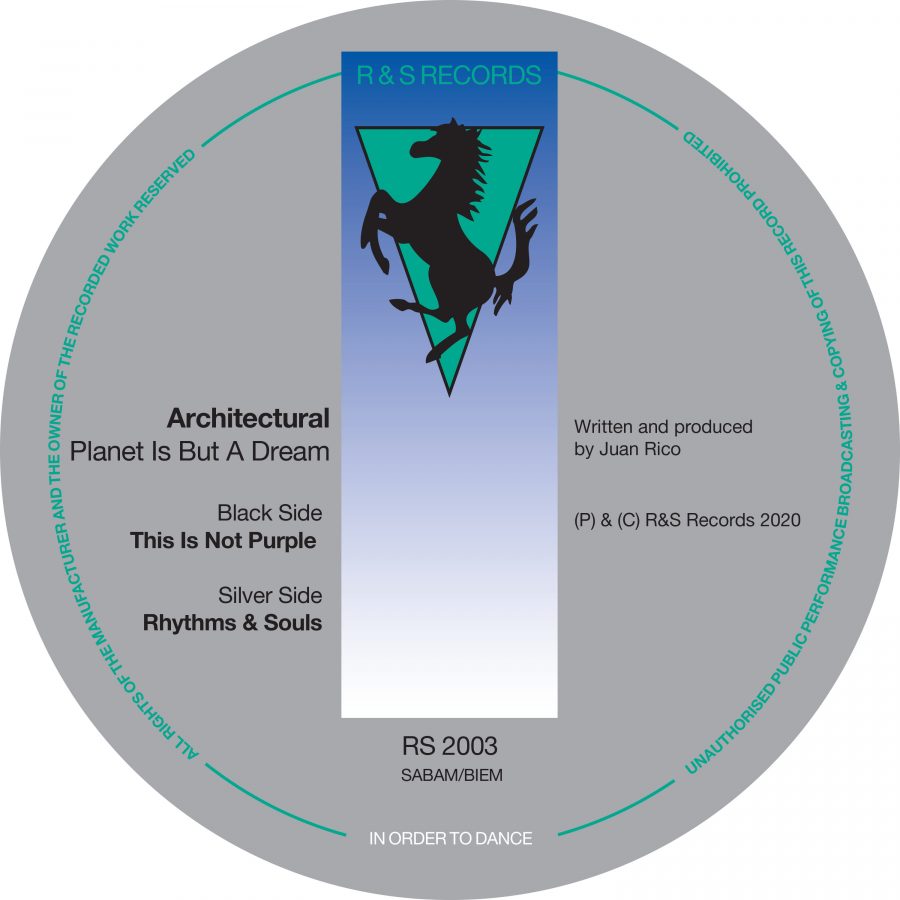 The Catalonian-based Asturian creator combines techno classicism with a rich strain of cinematic influences, recording as both Architectural and Reeko he has spent his career flitting between releases built for peak-time warehouse techno and introspective headphone psychouts.

For his R&S debut, Rico dips into science fiction as his core inspiration – A-side ‘This Is Not Purple’ snakes it’s way around a snappy, stripped down but hi-tech groove that builds and builds. On the flip, ‘Rhythms & Souls’ amps a similarly tight drum track with a thumping DMX snare and pistoning kick drums, laced with seething pads and percolating percussion.

Drawing on the idea of an alternative civilization, Rico describes: “another cosmos with a retrofuturist aesthetic where a fusion between techno and funk is heard.” Neat parallels can be drawn with Cybotron’s planetary funk or the acquatic adventures of Drexciya – however Rico manages to make the sound his own – infusing his own unique strand of minimalism and heady euphoria for an intoxicating peak time experience.