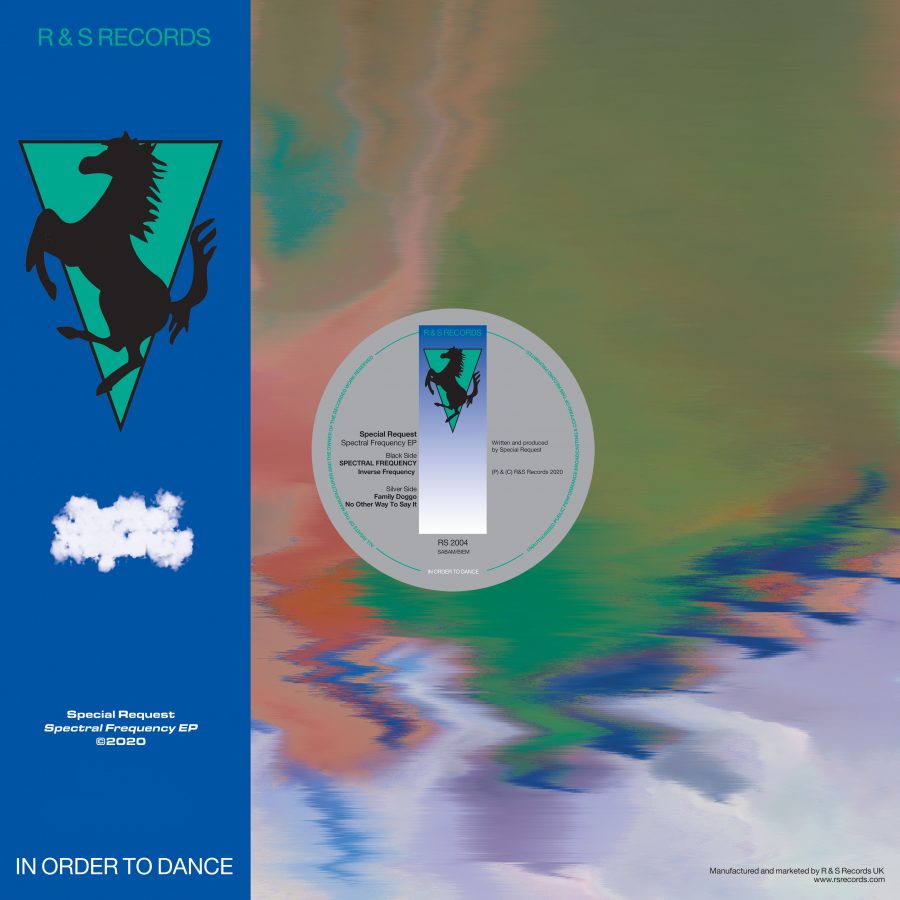 This release on R&S marks the debut appearance of one of the most active and vital voices in dance music culture, combined with a one-off bold & idiosyncratic sleeve re-design from another omnipresent, globally influential practitioner.

The music is by Special Request.

Spectral Frequency first appeared on the final day of 2019 — it was included on the 4th SR album released in that year alone and caused so much havoc in clubs, warehouses, basements, bedrooms, dive bars, sweatlodges and ear buds that we simply KNEW we needed to give it a full release.

After discussing it with Paul Woolford, he told us he viewed a possible EP as an equal split of “Face-Melters and Heart Breakers” and this is exactly what he has delivered across both sides of this EP.

Virgil Abloh is a man that by now needs no introduction. He has contributed both a psychedelic and incredibly apt one-off sleeve redesign to mark this occasion.

Pick your side and let the world melt away.