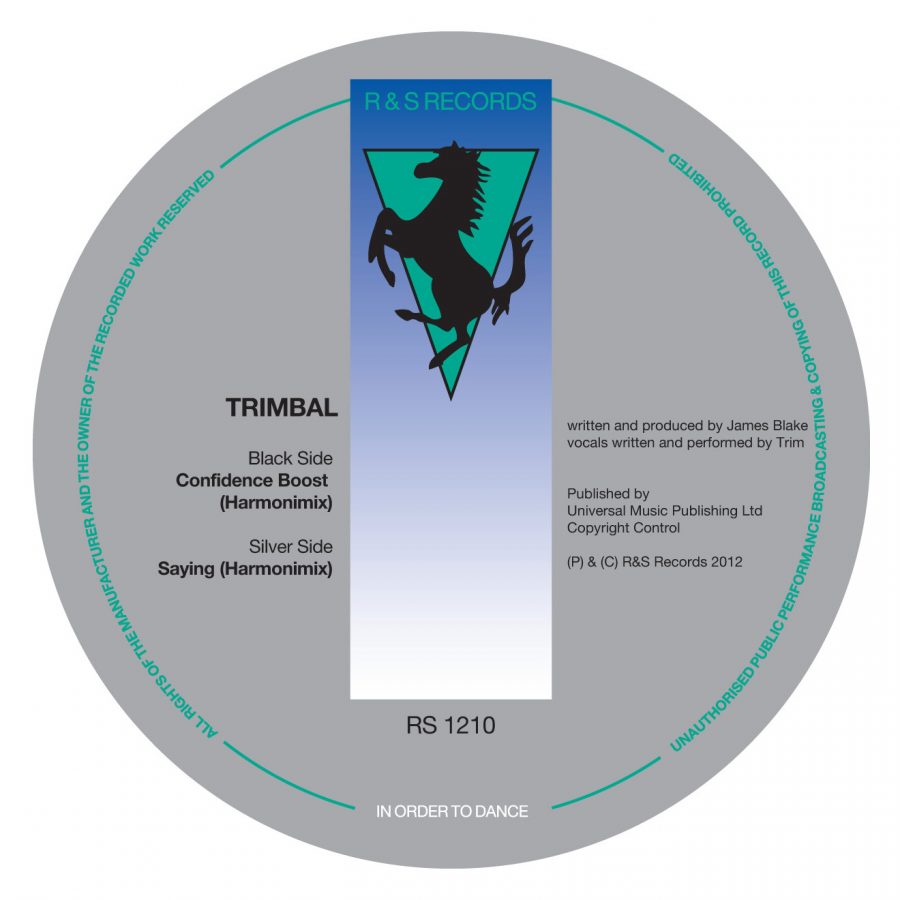 Ex –Roll Deep member Trimbal aka Trim and James Blake under his ever elusive Harmonimix alias are set to release Confidence Boost on September 24 through R&S Records.

For over two years these tracks have been lusted after on forums and blogs by fans of both artists. Now in 2012, when they finally see a release, each track still sounds as fresh and groundbreaking as they did back when they first emerged. This also marks the first official release for any of James’s Harmonimix tracks outside a number of tracks floating around in the ether of youtube and a limited run of white labels.

On ‘Confidence Boost’ Trim’s vocals are pitched and twisted over gliding chords and a beat that harks back to the dark basements of Plastic People where James’s musical journey began.  Whilst over a classic grime rhythm and shuffling stabs of white noise Trim’s half rapping half talking flow swaggers across ‘Saying’ with the track building to syncopated crescendo before descending into an intense sub workout.