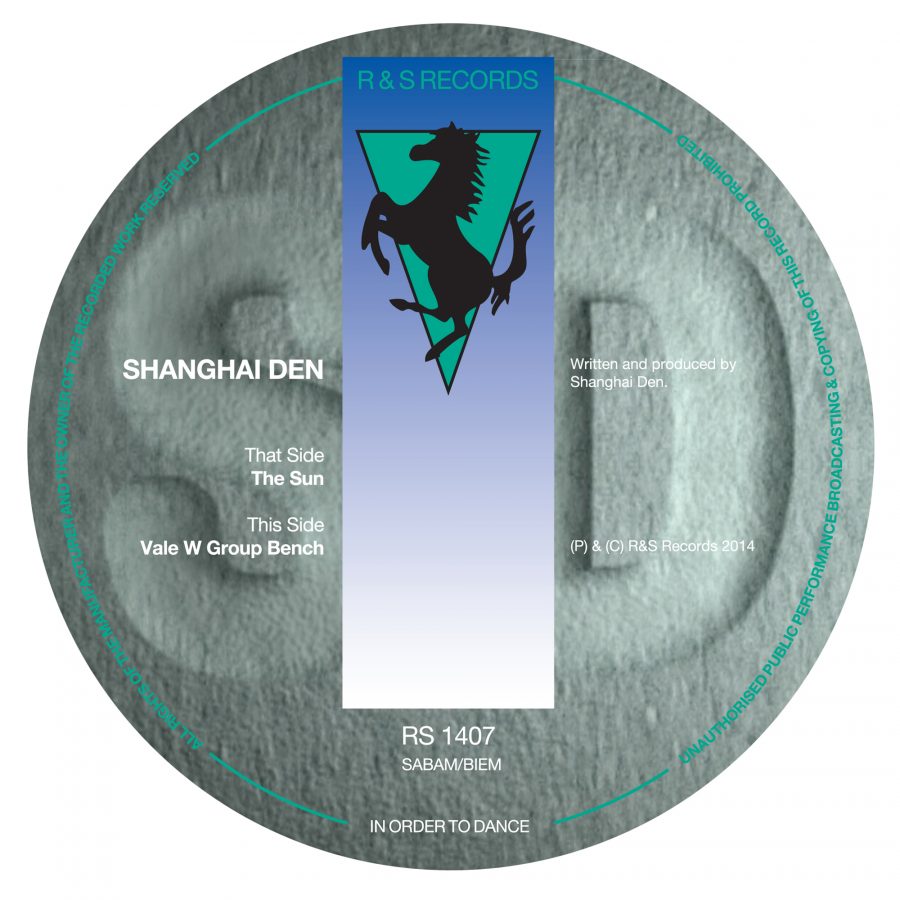 It’s safe to say that Shanghai Den’s music is a little out of the ordinary- in his own words he describes it as “the fear inside of all of us mixed with a constant stream of chemical self medication.”

From the opening of ‘The Sun’, the harsh beats, strobing filter sweeps and tripped out pads with lysergic overtones, immediately evoke a state that might well be described as ‘slightly euphoric’, while on the flip side, the apocalyptic lament of Vale W Group Bench, with its buzzing reece bass and mournful synths starts to slow down the respiratory and central nervous system, blocking pain messages to the brain.

Perhaps this narcotic obsession has something to do with his exposure to Falty DL’s Drew Lustman, who gave SD his first break on their skronking collab ‘King Brute’.. One things for sure, this release marks the debut of a singular and strange new voice in dance music, and we’re confident that you can expect a fresh dose of SD’s high grade material very soon.